Since it’s debut in mid 2010, Libraesva Email Security Gateway has received strong independent endorsement for its highly effective and easy to use.

International security magazines, such as SC Magazine, IT Pro and PC Pro were impressed by Libraesva ESG and it’s performances in their reviews. Virus Bulletin has quarterly positiones the product at their top since the first test in May 2010: Libraesva ESG achieved  more than 30 VBSpam Awards since then!

Last but not least Libraesva ESG has been awarded as Best Anti-spam Solution of the year at the Computing Security Awards for four years in a row: the first time was on the 9th October, 2014, and repeated on the next years in 2015, 2016 and 2017!

And the prestigious Red Herring Top 100 Europe Award rewards Libraesva among the most innovative and promising growth companies in the tech field. 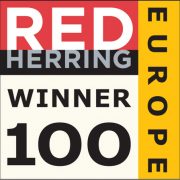